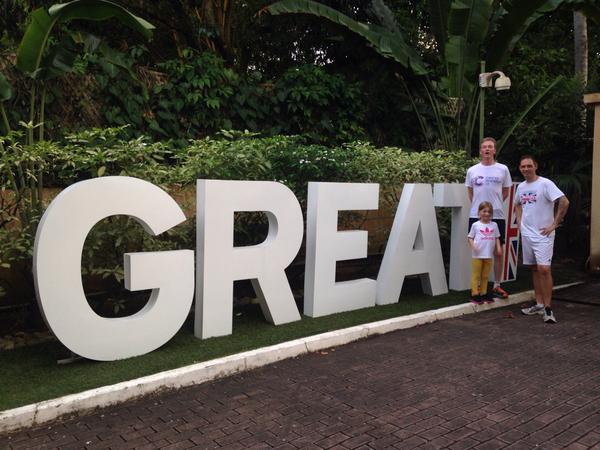 Can’t say I’d been entirely looking forward to my Panama run. Very happy to be visiting the country, of course, but logistics meant it was due to be a ‘transit run’. A run squeezed into a few hours between flying into, and out of, a country on the same day.

Transit runs involve landing, finding somewhere at the airport to leave the bags, running near the airport, and then getting onto the next flight without having had a shower. Not ideal. For me – or my fellow passengers.

Then the night before, I got an email from Ian, the British ambassador in Panama. He had a better plan. Airport pick up, run in local park, shower, dinner and then back to the airport. Yup, on balance, I think that might just be the preferable option.

For those of you whose geography is a little rusty, Panama is the land bridge between Central America and South America. It borders Costa Rica to the West and Colombia to the east. And Panama City, the capital, is a remarkable place to fly into. I can only describe it as being like Dubai – in terms of the number of high rise buildings – but surrounded by tropical rain forest instead of desert.

Panama City sits right next to the southern entrance of the Panama Canal – the canal that cuts through Panama linking the Pacific and the Atlantic Oceans (via the Caribbean Sea.) The Canal is an extraordinary piece of engineering that runs roughly north-south for 77 km and accommodates c 14 000 vessels a year.

As well as saving seafarers a lot of time, it’s also been a source of considerable tension between the US and Panama – culminating in riots in 1964. The background being that the US had owned the Canal since 1904 when they took over construction from the French. Inevitably, Panama came round to the view that it should own the Canal and, in 1977, the Torrijos-Carter treaties were signed leading to Panama taking full control on 31st December 1999.

Omar Efrain Torrijos Herrera, the man who signed the treaty, was the Commander of the Panamanian National Guard and de facto dictator of Panama from 1968 to 1981. He was never officially the president of Panama but instead held titles including “Maximum Leader of the Panamanian Revolution” and “Supreme Chief of Government.”

He also gave his name to the Parque Omar – the setting for my Panamanian 10k. A lovely park in the San Francisco part of town with a 3.5 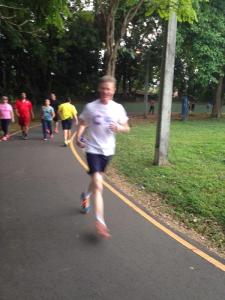 km jogging track and a few hills. Quite steep little hills and I found myself labouring a little as Ian and I set off up the first incline discussing the mighty Spurs. Not exactly the display of finely tuned athleticism that I might have hoped for – but it was my fourth run in 72 hours and I was definitely starting to feel the kilometres in my legs.

Don’t be fooled by the photo on the left – which somehow contrives to make it look as if I was running fast. As my time of 58’17” indicates, I found the run quite hard work. But enjoyable nevertheless thanks to the company and the setting.

Thank you Ian and Tamara for all the support and the hospitality. I hope to see you in London one day!