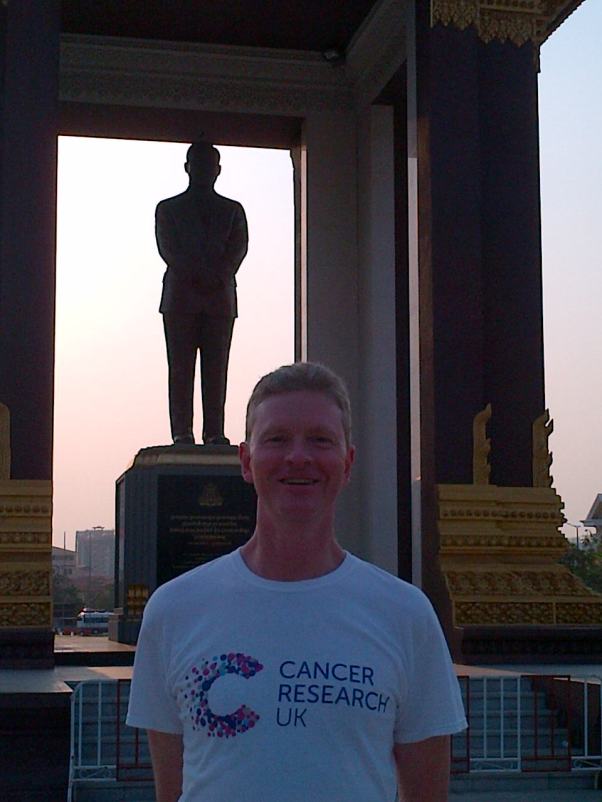 Over history, people have had various reasons for mass slaughter. The pursuit of wealth and power. The hatred and fear of people of different religions or backgrounds. Even the sheer hell of it.

The 20th Century saw a new rationale : ideology. It was no longer enough simply to disagree with an ideological opponent, or to try to turn them to your point of view, or even to remove their power to do anything about their opinions. No. Certain leaders and regimes thought it was necessary to kill people who disagreed with their ideology.

Extraordinarily, many of these mass murderers thought (and think) that they have moral right on their side. But here’s a simple truth. However, wrong, offensive, or annoying you find other people’s opinions, they’re not an excuse for killing them. If you’re killing people just because you disagree with them, then it’s evil. No ifs, no buts, no excuses.

One person who didn’t agree with this philosophy was Pol Pot. He and the Khmer Rouge ruled Cambodia between 1975 and 1979 imposing an extreme form of agrarian communism combined with Khmer nationalism and acute xenophobia. Most estimates are that at least 2 million people died from starvation and the Killing Fields i.e. mass executions. The Khmer Rouge targeted anyone who was suspected of being a professional or an intellectual, those with a Chinese or Vietnamese background, ‘economic saboteurs’, religious people of all faiths and anyone with a connection to the previous government. So called New People (usually urban civilians as opposed to the more worthy rural Old People) were particularly at risk as summed up by the Khmer Rouge motto “To keep you is no benefit. To destroy you is no loss.”

In the West, we often focus on the US’s involvement in Cambodia with plenty of controversy over the US’s carpet bombing of Cambodia and the role that played in the Khmer Rouge coming to power. However, this was by no means the only foreign involvement in Cambodia in that era. In late 1978 the Soviet backed Vietnamese army invaded Cambodia and effectively removed the Khmer Rouge from power in 1979. China, who supported and armed the Khmer Rouge throughout, retaliated by invading Vietnam. Years of conflict then ensued between the Vietnamese backed government and a coalition of rebels (including the Khmer Rouge) backed by China and the West.  A conflict that only ended in the late 90s and that left a tragic legacy of millions of landmines strewn across the country.

Despite all this past horror, Phnom Penh has a great deal to admire and my run there was one of the best. You still feel like you’re taking your life in your hands when you cross the roads but, after Ho Chi Minh City, the streets were a doddle. And there were long stretches where legs can be, um, stretched as you pass one beautiful building or monument after another.

I started at the Independence Monument, and went past the Prince Sihanouk Memorial – please see picture above with His Highness – and down to the Tonle Sap River. Along the river front as far as Wat Phnom and then back past the night market, the Royal Palace and the Silver Pagoda.

An excellent run and physically easier than the previous day’s mess in Ho Chi Minh City. It was also my 50th run and somehow milestones make you think about what you’re doing. That run was for you, Mutti.