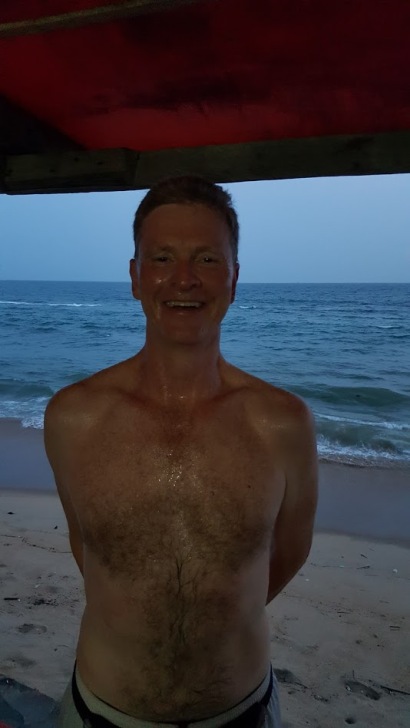 I’ve been trying to think of a word to describe slavery and ‘abomination’ is the best I can come up with. An unthinkable, indescribable abomination.

And, tragically, it’s still with us. Its estimated that there are still between 12 and 30 million slaves in the world split between bonded labour / debt bondage ; forced labour ; and human trafficking.

And we’re not free of it here in the UK. Just before I sat down to write this blog (which I’ve been composing in my head for some time), I clicked on the BBC news website. And there, on the home page, was  an article about modern slavery in nail bars the UK. (Modern slavery has been something of a focus in the UK since the Modern Slavery Act – under the guidance of Theresa May when she was Home Secretary – was passed in 2015.)

Of course, slavery has been with us since time immemorial. Ancient Greece, ancient Egypt, the Romans, ancient China, ancient India, the pre Columbian civilisations of the Americas – all had slaves. Next time you admire some ancient monument or temple it may be worth remembering that is was likely built with slave labour.

But for all this ancient and modern slavery, I suspect that when many people in the West think about slavery, they think about the Atlantic slave trade of the 15th to 19th centuries. This saw c 12 million slaves shipped from the coastal areas around modern day Benin and Togo – originally to South America and then increasingly to the Caribbean and the USA. Allowing for the numbers who died between capture and arrival in the ‘New World’, my sense is that there could easily have been 20 million people enslaved in West Africa during this period.

To put it mildly this was an enormous business that involved indigenous Africans who captured the slaves in the first place, Europeans who shipped them across the Atlantic, and slave owners in the Americas and the Caribbean who ruthlessly exploited the slaves – and their descendants. Horror on an almost unimaginable scale.

Starting in the mid-18th century a few European countries started to pass anti-slavery laws – although these were often limited in scope (Portugal) or later reversed (Napoleonic France). Abolitionism picked up pace in the 19th century. In 1807, Britain passed the Abolition of the Slave trade Act. Originally restricted to British ships, Britain used diplomatic pressure and the strength of the Royal Navy to expand the scope of its operations and, in the end, the Royal Navy’s West Africa Squadron is estimated to have freed between 100 000 and 150 000 slaves. (Lest we pat our ourselves on the backs, I’ve read that abolishing indigenous slavery in Africa was later used as one of the rationales for the colonisation of much of Africa by Britain and other European nations.)

A similar process was occurring in the Americas with the US outlawing the slave trade in 1807, and then subsequently making it illegal within the US (fully abolishing slavery with the passing of the 13th amendment in 1865). By 1850, the last major participant in the slave trade – Brazil – passed an antislavery law and thereafter the trade was mostly illegal and at substantially lower volumes.

And what has all this got to do with my run in Lome, the capital of Togo? Really only that, as an Englishman who’s spent time on the Slave Coast in West Africa, I felt that I should confront and somehow address the evil that is/was slavery. This blog is an attempt to do that and I hope it’s a fair and reasonably accurate summary of events. However, I am obviously no expert on slavery so please don’t hesitate to let me know if you think it needs changing.

My problems at the start of my run were exceedingly trivial in comparison. Firstly, it was my second run in 12 hours, and my fifth in 75 hours, and I was feeling a little knackered. Secondly, the air was very humid and I already had a bag full of sweaty running gear which I was struggling to dry out. So I decided to run shirtless (hence the picture above).

My hotel was on the coast and sat in the middle of an area of what I guess might be called shanty towns. There was plenty of street life and, while trying not to be too voyeuristic, it was fascinating to see it all – helped along by plenty of smiles and the odd bit of banter. It was a sweaty grind as well but, hey ho, running can be like that.

And now for the facts and stats.

Togo, officially the Togolese Republic, is bordered by Ghana to the west, Benin to the east and Burkina Faso to the north. Its capital Lomé is located on the coast. Togo covers 57,000 square kilometres (22,008 square miles), making it one of the smallest countries in Africa, with a population of approximately 7.5 million.

From the 16th century to the 18th century, the coastal region was a major trading centre for slaves, earning Togo and the surrounding region the name “The Slave Coast”. In 1884, Germany declared Togoland a protectorate. After World War I, rule over Togo was transferred to France. Togo gained its independence from France in 1960. In 1967, Gnassingbé Eyadéma led a successful military coup d’état after which he became president. At the time of his death in 2005, Gnassingbé was the longest-serving leader in modern African history, having been president for 38 years. His son Faure Gnassingbé took over as President and remains in position to this day, having won his third election in 2015.

Togo is a tropical, sub-Saharan nation, highly dependent on agriculture, with a climate that provides good growing seasons. The official language is French, with many other languages spoken, particularly those of the Gbe family. The largest religious group in Togo consists of those with traditional African beliefs – there are also significant Christian and Muslim minorities.

Finally, here’s the World Bank data for Togo – with the year 2000 as a comparison. Amazing how much things can change – mostly for the better – in 15 years.