“Very often the question [is asked] “Where is Azerbaijan?” After the Eurovision song contest and after the European Games, most people will know the answer.”

These are the words of Azad Rahimov, Azerbaijan’s Minister of Youth and Sport, taken from an interview about the numerous sporting (and other) events that Baku, capital of Azerbaijan, has hosted over the past 15 years.

And they raise an interesting question – do you now know where Azerbaijan is? Could you place it on a map?

If you’re reading this in Azerbaijan or neighbouring countries, then the answer will presumably be ‘yes’. Other readers may require a little further education.

It’s a question that goes to the heart of the rationale for the multi-billion dollar investments that countries / cities make in hosting sporting events. For a sports nut like me, they work. In my eyes, Baku and Azerbaijan have certainly had much higher profiles over the last few years.  But I don’t know if the same could be said of the general population.

Of course, profile raising is only one of the benefits of these events. They also create jobs, infrastructure and new skills. And, as anyone who was in London during the summer of 2012 can attest, the sheer joy of hosting a huge sporting event can be pretty special.

It’s also argued that these events inspire more people to play sport and help raise standards. Azerbaijan recent sporting performances seem to support this thesis. They’ve been steadily improving their GreatestSportingNation rankings in recent years and, in 2016, Azerbaijan was the 28th most successful sporting country in the world. Even more impressively, on a per capita basis, Azerbaijan came 13th in the world.

Whatever the rights and wrongs of these investments, Baku’s strategy is clear. Since 2002 it has been the venue for 36 major sporting events and it has bid, or is bidding, for many more including the Olympic games and both the Champions league and the Europa League finals. 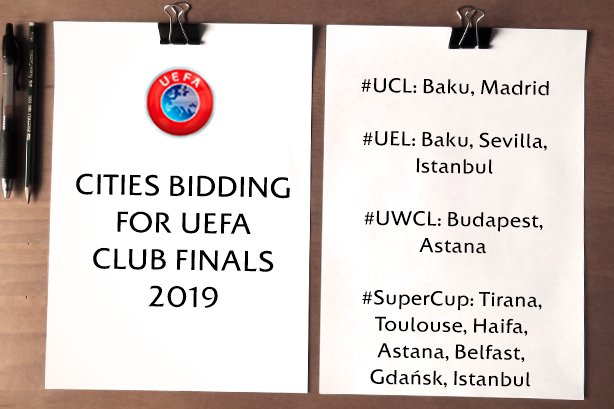 When I landed in Baku, it was in the middle of hosting the 4th Islamic Solidarity Games and the airport was awash with branding and welcome committees. They were also getting ready for this weekend’s Grand Prix (June 25th) with stands and crash barriers starting to appear on the streets.

On the whole, though, the country seemed slightly unaware that, on the evening of May 15th, it was hosting the mother and father of all global sporting events. Run the World Azerbaijan.

There were 6 of us at the start including Ian, grandmaster of the local Hash House Harriers, and Trevor who runs Baku Runners plus Vugar, Joanna and Kasia . We started at the Hops Pub – just off Fountains Square and spiritual home of the local Hashers – and made our way down to the waterfront. Which is an excellent place to run and gives you a great view of Baku’s shoreline.

To try to get a sense of Baku, it’s important to understand that Azerbaijan generates huge amounts of revenue from oil and gas. This funds not only the sporting events referred to above but all sorts of other ambitious and eye catching construction projects. We ran past what looked like replicas of the Sydney Opera House and the London Eye before turning round at the world’s second highest flagpole (picture below). Up on the hill overlooking our run were the mightily impressive Flame Towers whose facades are turned into gigantic display screens at night with the use of more than 10,000 high-power LED luminaires.

As an aside, not on the run, but you won’t miss it when you come in from the airport, is the Heydar Aliyev Centre – an award winning cultural centre designed by Zaha Hadid. Rumour has it that the design brief given to Hadid by President Aliyev, was his signature. And nothing else. (Heydar Aliyev was President of Azerbaijan between 1993 and 2003. His son, Ilham Aliyev, has been President since his death.)

As we continued with the run, the rain came down harder and harder. By the end it was almost as much a swim as a run.

Eventually, we splashed our way back to the Hops Pub (picture below), hung up our wet clothes and settled into their beer and pie combo. It had been a night for heroes and it felt like we deserved a reward.

I’ll finish with some further words from Minister Rahimov talking about the benefits of the European Games : “It will be a major chance to show Baku to the world as a European country, as a Muslim, but secular state, as a good bridge between East and West, between the Muslim Orient and the Christian Europe, and to show the beauty of the country.”

And when you’re there, you do get the sense of being at an enormous crossroads – between Europe and Asia; between religion and secularity ; between the traditional and the oil and gas funded new. I found it a fascinating place to visit.

It may have been damp but it was a great run. Huge thanks to Ian and Trevor for organising it – and to everyone else who braved the elements to join in!

The Azerbaijan Democratic Republic proclaimed its independence in 1918 and became the first democratic state in the Muslim orient world. The country was incorporated into the Soviet Union in 1920 as the Azerbaijan Soviet Socialist Republic. The modern Republic of Azerbaijan proclaimed its independence on 30 August 1991, prior to the official dissolution of the USSR in December 1991. In September 1991, the Armenian majority of the disputed Nagorno-Karabakh region seceded to form the Nagorno-Karabakh Republic. The region and seven adjacent districts outside it became de facto independent with the end of the Nagorno-Karabakh War in 1994. These regions are internationally recognized as part of Azerbaijan pending a solution to the status of the Nagorno-Karabakh, found through negotiations facilitated by the OSCE.

The Constitution of Azerbaijan does not declare an official religion and all major political forces in the country are secularist. However, the majority of the population are of a Shiite Muslim background. Most Azerbaijanis, however, do not actively practice any religion, and the country has been seen to be one of the most irreligious countries in the Muslim world, with 53% stating religion has little to no importance in their lives, according to Pew Research Center and Gallup polls. Azerbaijan has a high level of human development which ranks on par with most Eastern European countries. It has a high rate of economic development and literacy,  as well as a low rate of unemployment. The ruling party, however, the New Azerbaijan Party, has been accused of authoritarianism and human rights abuses.

Baku is the capital and largest city of Azerbaijan, as well as the largest city on the Caspian Sea and of the Caucasus region. Baku is located 28 metres (92 ft) below sea level, which makes it the lowest lying national capital in the world and also the largest city in the world located below sea level. It is located on the southern shore of the Absheron Peninsula, alongside the Bay of Baku. At the beginning of 2009, Baku’s urban population was estimated at just over two million people. Officially, about 25 percent of all inhabitants of the country live in Baku’s metropolitan area.

The Inner City of Baku, along with the Shirvanshah’s Palace and Maiden Tower, were inscribed as a UNESCO World Heritage Site in 2000. According to the Lonely Planet‘s ranking, Baku is also among the world’s top ten destinations for urban nightlife.[6]

The city is the scientific, cultural and industrial center of Azerbaijan. Many sizeable Azerbaijani institutions have their headquarters there. The Baku International Sea Trade Port is capable of handling two million tons of general and dry bulk cargoes per year. In recent years, Baku has become an important venue for international events. It hosted the 57th Eurovision Song Contest in 2012, the 2015 European Games, the 2016 European Grand Prix and will host the 4th Islamic Solidarity Games and Azerbaijan Grand Prix in 2017 and UEFA Euro 2020.

The city is renowned for its harsh winds, which is reflected in its nickname, the “City of Winds“.

In 1917, after the October revolution and amidst the turmoil of World War I and the breakup of the Russian Empire, Baku came under the control of the Baku Commune.

The independence of the Azerbaijani republic was a significant but a short lived chapter. On 28 April 1920, the 11th Red Army invaded Baku and reinstalled the Bolsheviks, making Baku the capital of the Azerbaijan Soviet Socialist Republic.

Baku’s growing importance as a major energy hub remained in sight of the major powers. During World War II and the Nazi German invasion of the southwestern Soviet Union, Baku had become of vital strategic importance. In fact, capturing the oil fields of Baku was one of the ultimate goals of Operation Edelweiss, carried out between May and November 1942. However the German Army’s closest approach to Baku was no closer than some 530 kilometres (329 miles) northwest of Baku in November 1942, falling far short of the city’s capture before being driven back during the Soviet Operation Little Saturn in mid-December 1942.

After the dissolution of the Soviet Union, Baku embarked on a process of restructuring on a scale unseen in its history. Thousands of buildings from the Soviet period were demolished to make way for a green belt on its shores; parks and gardens were built on the land reclaimed by filling up the beaches of the Baku Bay. Improvements were made in the general cleaning, maintenance, and garbage collection, and these services are now at Western European standards. The city is growing dynamically and developing at full speed on an east-west axis along the shores of the Caspian Sea. Sustainability has become a key factor in future urban development.

Baku hosts a Formula One race through on the Baku City Circuit. The first was the 2016 European Grand Prix.

The city will also host three group games and one quarter-final of the UEFA Euro 2020 European Football Championship.

Since 2002, Baku has hosted 36 major sporting events and selected to host the 2015 European Games. Baku is also to host the fourth edition of the Islamic Solidarity Games in 2017.

Here’s the latest World Bank data for Azerbaijan – with the year 2000 as a comparison.

***Population decrease due to emigration and negative birth rate

Finally, here’s the data from Greatest Sporting Nation on how Azerbaijan performed in the global sporting arena in 2016: