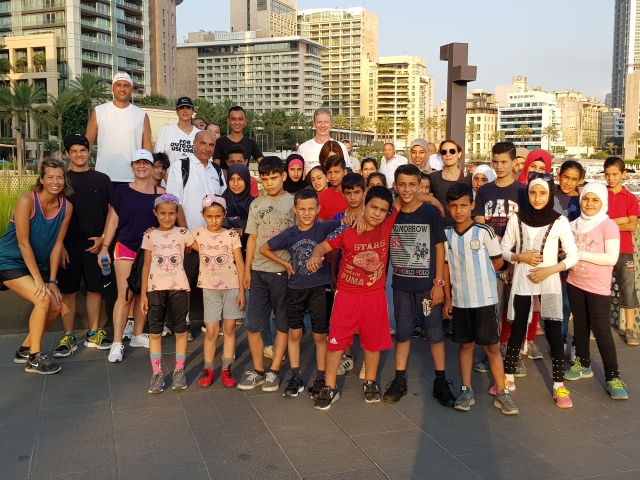 I hesitate to use the expression ‘life affirming’. It’s one of those phrases that gets over used in these hyperbolic times. But they were the words that came to mind as I walked away from the run in Beirut.

And they seemed fitting because the story starts with something as life affirming as it gets. A pregnancy and a birth.

I met Rima at an antenatal course when she, and my wife. were heavily pregnant. A group of 6 of us became firm friends and a few months ago we met for dinner. The conversation moved onto Run the World and Rima suggested I run in Beirut when she was there in the summer. No one says ‘no’ to Rima so I immediately agreed.

Rima talked to her brother, Nabil. And Nabil talked to Ghia at Tahaddi Lebanon. And Ghia talked to the Beirut Marathon Association (BMA).

With the net result that there were about 350 of us at the start of the run in Zaitunay Bay.

About 350 of us at the start of today's run in Beirut thanks to Tahaddi Lebanon, the Beirut Marathon Association and the Kabbani family!

Where, after couple of welcoming speeches, we set off shortly after 7 am.

The BMA had put together an excellent run – starting east and taking us on a loop through the Downtown area before heading back to Zaitunay Bay and then along Beirut’s famous Corniche as far as the American University of Beirut and back to the start point. Beirut’s a fine place to run even if, at least for someone used to an English climate, it’s pretty warm by 8 am.

After the run I spent the best part of an hour talking to, being interviewed by, and posing for pictures with, my fellow runners. Allow me to tell you about some of them, starting with Tahaddi.

Tahaddi (which means ‘challenge’ in Arabic) is an NGO that provides health and education services to some of the poorest and most disadvantaged families in Beirut (including Syrian refugees). 34 of the children they help came along to the run . They’d all been training hard and, one way or the other, most of them completed the 10km. Which is pretty impressive given that they were aged 10 -14.

Why did they do all that training and running? To raise funds for the Tahaddi Medical Centre so that it can treat members of the local community with cancer. People they normally have to turn away for lack of funds. I’m going to do a follow up blog on my subsequent visit to Tahaddi but please believe me when I say that they are working with people in a desperate state. People who need our help. If you’d like to donate then the fundraising page is here.

I also met people from the 542 training program organised by the Beirut Marathon. The program is completely free of charge and provides runners with 5 months of training from volunteer coaches to help them complete their first marathons.

And the woman running and campaigning to raise awareness of colon cancer and the apparently simple screening procedure. I said I’d helped promote the cause by going to get checked. (I did the test for that male favourite, prostate cancer, and it’s got to be easier than that…surely…)

And the person who’d taken up running to address their mental health issues. And diabetes fighter who is raising money to fight diabetes. 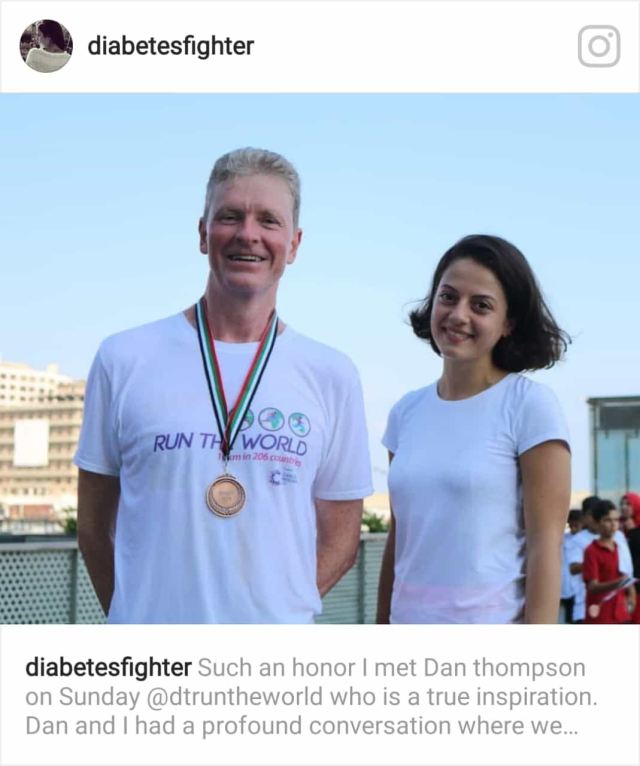 That’s the great thing about running.  It’s not just about getting fitter and healthier – important though that is. It’s also about the people you meet and all the good that gets done.

It just remains for me to say a huge thank you to Albert Cheaib and everyone at the Beirut Marathon Association. To Ghia and all the runners and staff from Tahaddi. And to the extended Kabbani family: Rima, Nabil, Joumana, Julian, Omar, Dalia, Bilal, Claire and Sam. And not forgetting Yusuf / Joseph who was born at almost exactly the same time as my eldest, Freya. A happy coincidence that led to a great run in Beirut!

More pictures from the run below. 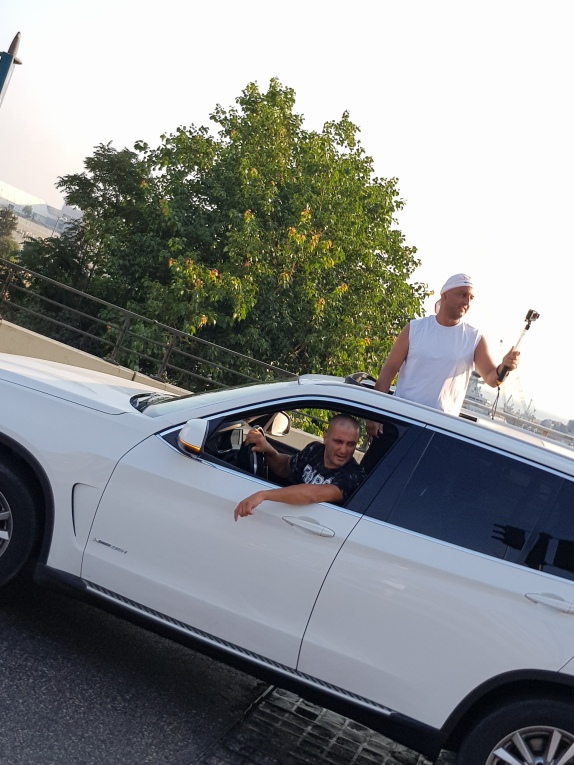