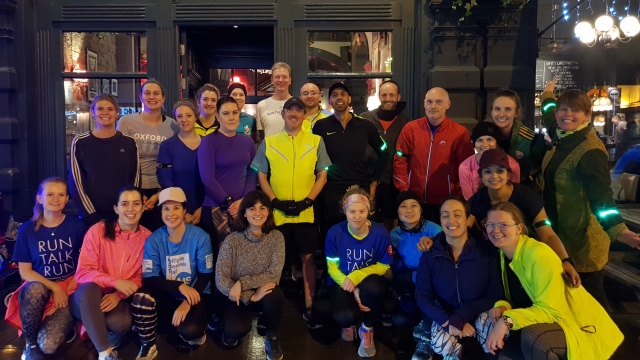 “That tooth is going to require root canal work.”

To which the obvious response was, “Will I be able to run straight afterwards?”

For, by happy coincidence, I was due to do my Wandsworth run* with the Tooting Bec branch of Run Talk Run three hours after finishing 2 hours of root canal work. I guess I was going to have to grit my teeth and get on with it..

Run Talk Run is a mental health support run club. Set-up in 2017 by Jess Robson, it now operates in 49 different locations around the world.

“Run Talk Run is a weekly 5km gentle jog. Before every run there is a window of time to meet the other runners and say hello to the run leader. It’s alright if you’re a little anxious and quiet – we all ‘get it’ at Run Talk Run. The leader then explains the logistics of the route (reminding the group that the run is gentle and that there is no pressure to “keep up”), and that at the forefront of our runs is support… this really is a safe space to talk about how you’re really doing.”

I suspect its common knowledge that running is good for your physical health. However, the mental health benefits may be less well known. The NHS says exercise reduces the risk of dementia and depression by up to 30% and certainly I run with a lot of people around the world who tell me how much running has helped them mentally.

And apparently almost 75% of Run Talk Run participants say that it’s had a positive impact upon their mental health. And, based on my experience, it’s easy to see why.

and then, via Balham tube to Tootign Bec Common and back to the Wheatsheaf pub.

The impression I formed was of a group of people who simply enjoyed running together in a friendly, easy going crowd. There wasn’t any particular focus on, or pressure to talk about, mental health issues. However, the time, space and audience was there should you should you want to do so.

Run Talk Run : highly recommended whether you want to talk – or whether you’re into social running. Or both.

And that’s where this blog would normally end except that those who are familiar with the Run the World project will know that I do 10 km runs* – which meant that I had another 5 km to do.

A 5 km I’d actually done before meeting the others. I’d started near Vauxhall Bridge and ran west along the Thames Path with great views up the river to Battersea Power Station 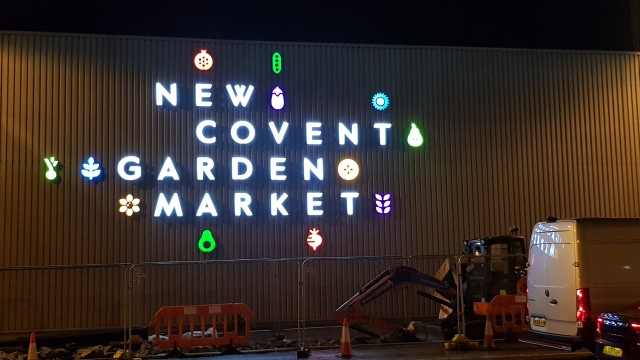 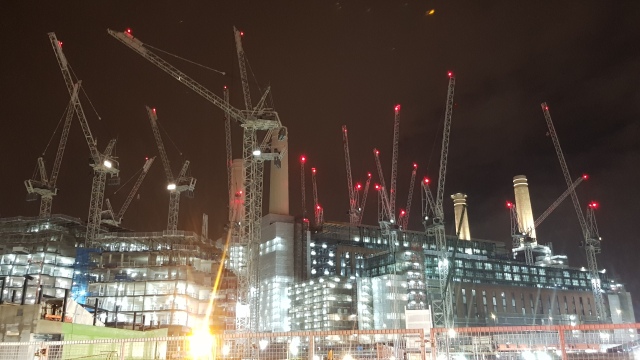 Battersea Park and south down Queenstown Rd and onto where I used to live on the Shaftesbury Estate – 1 Morrison Street.

The temptation to reminisce about those early days in London is almost overwhelming but I suspect, dear reader, that by now you are quietly be wondering whether this blog is ever going to end…so I’ll finish quickly by saying that I ran up to and across Clapham Common to Clapham South tube station for the quick journey to Tooting Bec.

And finally, I know you’re dying to ask, how were my teeth post the canal rooting? Thank you Vatche and the Pond Square Dental Practice. What higher praise can I give than to say that I almost drifted off during the operation and then suffered no discomfort during a 10 km run that same evening? 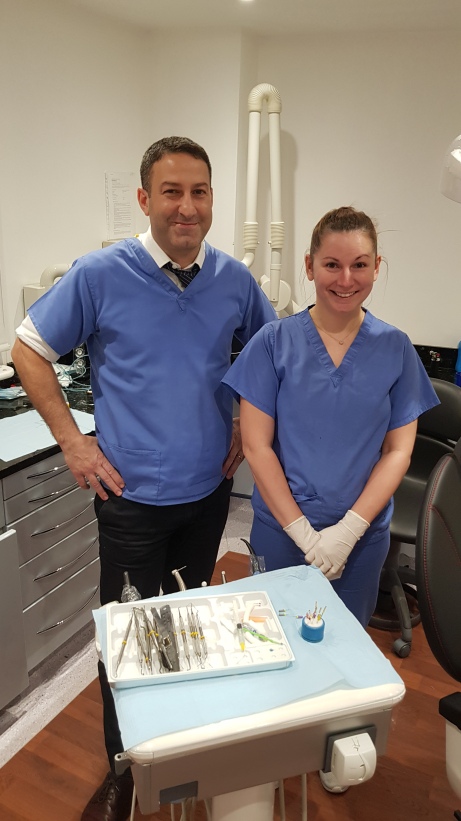 It just remains for me to say a huge thank you to Jess and everyone at Run Talk Run for the warm welcome and the great run. I’d love it if you stayed in touch with Run the World – either via social media (links below) or by joining in the UK, and final, leg of Run the World on Hampstead Heath on 4th July 2020! 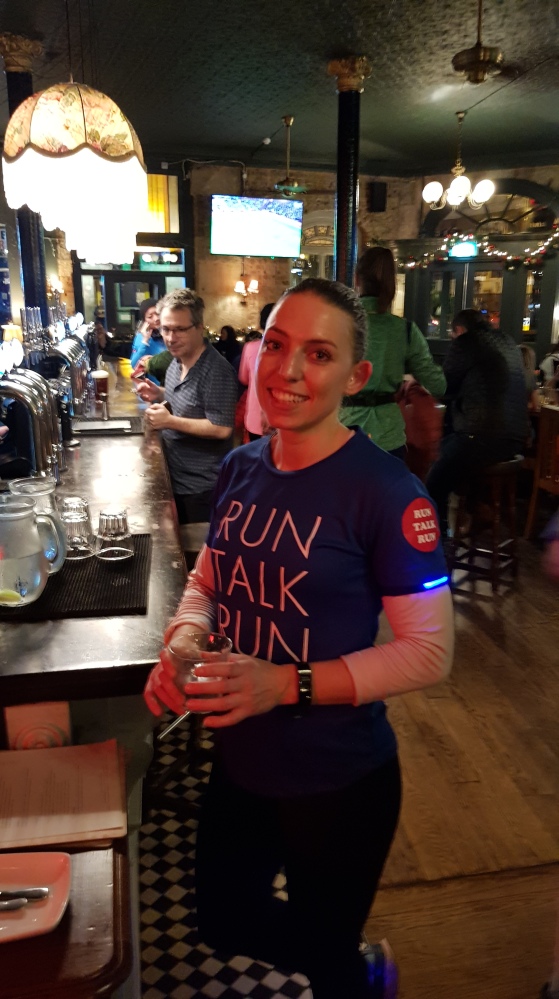